Top 10 things my grandchildren will ask about my childhood years 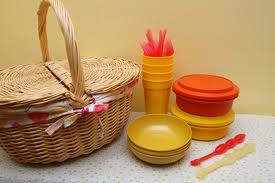 Trends in my time could be viewed with wider eyes in today's generation. But they are memories of 'yesteryears,' without which we would not evolve into the fads of this modern generation and the generations to come.

Some of the few funny mementos that my grandchildren might ask with such 'eeewwish' attitude include the following:

1. Macintosh Computer. When computer was introduced in my generation, they were huge and so sensitive that even microscopic dust particles can make or break your composition. Macintosh is associated with a dirty-white baggy, personal computer whose memory is extremely limited that we had to use a 'diskette' (that is actually big) with a double-sided, double density format. The screen was black and the text was green. The pixels were so limited that images were awkward. If the computer was infected with virus, it would tell you right away because a devilish image will appear, will laugh out loud, and the computer will shut down completely. LOL!

2. Sony Walkman. Need something to entertain you while brisk walking or studying alone? You needed a walkman to play your tunes recorded in casette tapes.

3. Betamax. The earlier days of the film industry were introduced through a medium called betamax, a precursor of today's blu-ray and dvd. You could be well off if your family owned a betamax in the earlier decades.

4. Disposable Camera, Film Roll, and Negative. Much of my childhood was captured by either a black and white, or a blurry photo made of cameras that were not meant to last a lifetime. Film rolls needed to be purchased separately from cameras, and 'developing' the photos by a studio took a little while. Thanks to the ever-changing technology because there was a time when developing the photos had to be limited to one hour. LOL!

5. Telegram. If there was one slowest process in the past, it was the mail. Whenever people wanted to transmit a message to friends and family hundreds of miles away, the telegram was the most efficient. It was not at lightning speed compared to emails of today, but the telegram worked its way beyond what the snail mail could deliver.

6. PacMan, Atari, Nintendo, and Brick Games. There were fads in my childhood that really created records in terms of popularity and sales. Among them were kids and adult entertainment stuff such as Atari, Nintendo, and brick games, all games that became addictive and have become top grosser in the store shelves.

7.  Break Dancing. Although I have never tried it myself, break dancing contributed a slot in the pages of history.

8. Denim Fashion. No one talks about it, but denim jackets were so in during my childhood. It was heavy and uncomfortable to wear, but parents wanted their kids to live by the fashion statement. Thus, it became a force of habit to wear denim.

10. Tupperware Parties. What is Tupperware, anyway? It's a brand of plastic products that became an obsession to moms. The hostess would come to a friend's house with a ton of colorful plastic products and the marketing party would be thrown. Of course, where the moms were, the kids were also there.