Does Harry Potter Bring Good or Cause Harm Among Our Children?


Liaa claims to be a Potterhead. Seriously, I don't know what it means, but for the sake of avoiding arguments, I'd rather do my own due diligence of knowing.

Urban Dictionary defines Potterheads as those who are obsessed with Harry Potter. This is alarming because we want our child to grow as 'normal' in the real world as possible. 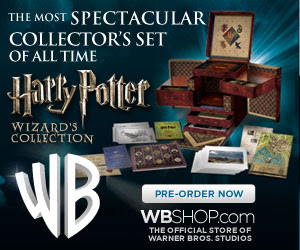 Time and again, print and digital literature, community forums, and social advocates have reminded us of how media can "make or break" the human mind and destroy one's future. It sounds exaggerated, but how many thousands of cases have been highlighted involving the role and negative influence of media in the minds of the school children?

Even the world-renowned Twilight Saga and Hunger Games have earned negative speculations that they are in part responsible for kids whose attitudes have become extremely unusual in the present time.

And so is J.K. Rowling's Harry Potter.

In my peaceful existence, sometimes I am squeezing myself to believe that it should be free from any negative influences. Unless the experts release their own point of view of what Harry Potter brings upon an increasing number of young readers, I would always find oblivion in Harry Potter's positive contribution.

However, as I went strolling in the information superhighway, I came across this writing of Dr. Anthony Lennard from the Australian Catholic University that speaks fluently of "how the boy wizard can assist young people in making choices."

He emphasizes that the story of Harry Potter in the series "offers itself as a potent means for the transmission of values because they are stories which deal with the importance of having a set of personal values which guide one’s choices."

What made me give him a double thumbs up is his assertion that Harry Potter series should be viewed as a tool for imagination, which is constructive for building positive personal values for the young instead of being treated as a hindrance to the development of cultivating values.

When I was in my younger years as a college student, our professors always agreed among themselves that values are caught; therefore, they are not taught. If they are taught, the essence of deepening and internalizing them in the minds and hearts of learners may not bring a lasting effect, and is, therefore, worthless -- especially for this generation of multimedia learners whose teachers' beliefs may even be contested at anytime because of what they read and watch, and the tweets they received recently.

I believe reading Harry Potter series is a value-transmission in itself because it is in participating through Harry Potter's adventures that kids acquire the personal values of patience, integrity, courage, and self-determination. It is also in the reading process that they internalize how important it is to work as a team. Although there is a spiritual aspect in the Harry Potter series, such as the presence of ghost members of the wizards' society, even such can provide a deep value for recognizing a boundary between the living and the dead, and the "other-world" which is just a 'hair-strand' away from our existence.

I hope parents who read this side of the story would not stop pushing their children to become dreamers and adventurers in their own innocent stage and in their own rights.