Southwest Shrimp Fettuccine at Applebee's: Does it taste the way it sounds?

Liaa turned 10 today. Because it's her birthday, she had the liberty to choose where the final dinner destination would be. She decided to give Applebee's a try. We agreed. After all, it's just in the neighborhood. The rest (probably) had a great time. Since I was the typical 'fun killer,' I had my share of the night again.

At first the waiter served us a mountain load of chips and dip for our order of supposedly an appetizer sampler. As soon as the order touched our table, we hurriedly dipped and messed with the appetizer. A couple of minutes have passed, and the waiter probably realized he committed sin against his hungry guests. At a lightning speed, he snatched the platter and without any apology, he told us that it's not what we ordered. Minus two stars for being a moron!

Fifteen minutes and a few dips of chips in a spinach cream after, the main course came. My order was a grand-sounding Southwest Shrimp Fettuccine Alfredo. It looked good on the menu. But wait, it doesn't look the same in real order! After scrambling it a few times without the finesse of a relaxed fine diner, I took a deep breath and strongly asked for a dose of parmesan cheese. The waiter probably wondered why I was requesting for cheese. In a European restaurant, that request is enough to offend the chef. However, in all transparency and seriousness, the food was flat and bland. What made me really uncomfortable was the presence of corn kernel and black beans in the pasta. It's one-of-a-kind, I agree. But it was not welcome. It's ridiculously unusual. Sorry for having an old school appetite.

I called it a night after mixing the cheese and still getting the same taste. I thought of taking it home, but who will eat a pasta that doesn't carry a recommendation? 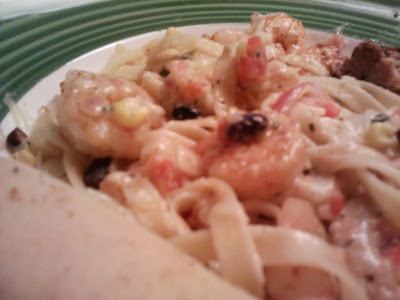 My order when it was delivered.
A pasta with corn kernel and black beans is...a joke. :( 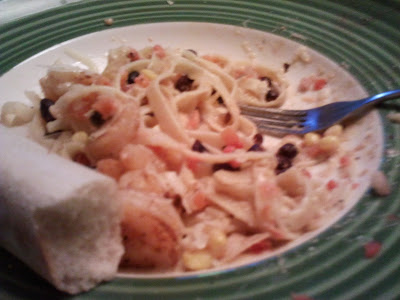 My order after 1 hour

However, Applebee's is a good dine-in outlet, needless to say you'll start comparing it with Chilli's and Olive Garden as soon as you enter the place.

For a limited time, they (together with other major fine dining restaurants) are offering coupons that enable you to pay just a fraction of a cost. Get the coupon access here.

Despite the threat of what many US meteorologists describe as a massive and historic megastorm in the eastern United States, Liaa had a dose of Baskin and Robin's vanilla and chocolate ice cream cake. It made our night after the frustrating Southwest Shrimp Fettuccine incident. 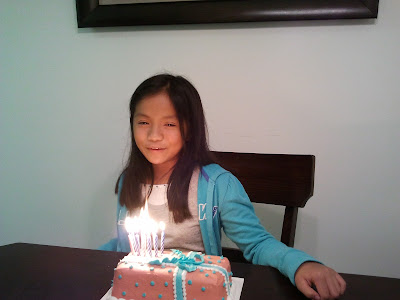