The Filipinos -- at home and away -- have started the day with a popular shoutout: "Happy Independence Day!" Today is June 12 in Philippine timezone. Following the holiday economics, this day is a working day for breadwinners and a school day for the "hope of the Fatherland." 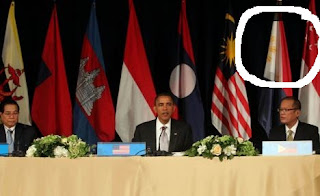 This year's Independence Day is being celebrated with an unusual twist: Pnoy's rating has gone unusually low since his election as the president of the Philippines, the former president being on hot seat, the Chief Justice of the Supreme Court of the Philippines just having completed his traditional walk away from his office to the eviction hall, and lo and behold (I think this phrase is inappropriate -- but it sounds good, huh!), contemporary hero world champion Manny Pacquiao has just been ripped off his title.

Do we have the reason to celebrate this year? What are we celebrating in the first place?

For people whose blood truly remain Filipino, regardless of the number of English words used in a conversation, salary received less all deductions, distance from family, and emotional struggle at home and abroad, there are more reasons to celebrate  Independence Day.

Today, we pay tribute to the martyrs inscribed in the pages of our Philippine History books, to the unsung heroes who gave up their lives for a cause, to the OFWs who sustain the fight against homesickness for the simple reason of bringing something for the family, to the fathers and mothers who continue to make ends meet despite recession (what is that word?!), to our soldiers in uniform who bring pride through defense and security, to the unnamed rallyist whose fight is for the good of everyone and not just a seat in the Congress, at sa mga "nalugmok sa dilim ng hatinggabi." We salute you with our pride!

Let us hear popular cultural tunes from our friends from around the world -- a real tribute to the heroes who once fought -- and those who are still fighting to the end.